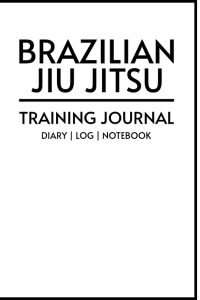 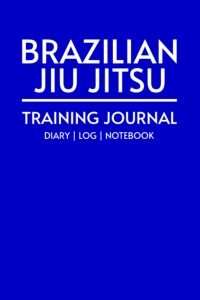 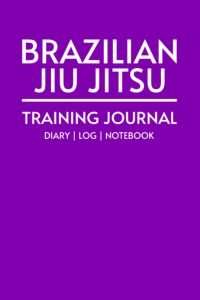 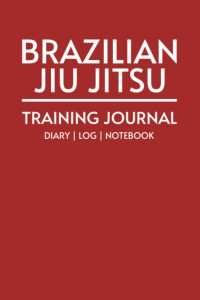 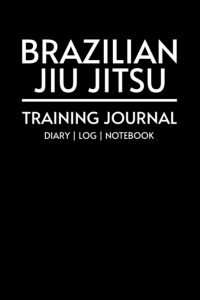 Take your BJJ game to the next level.

A robust training diary/journal is the best way to take your training to the next level. Take your BJJ up a notch and kick your jiu jitsu game into warp speed. Come in White, Blue, Purple, Brown and Black. You can choose one for your belt or use any colour.

With over 150 training sessions per book, our bjj diaries offer exceptional value for money at only £7.99 UK or $9.99 US

✔Identify areas of weakness and areas of strength

✔Build your own game and keep track of what works

✔Set goals and surpass them.

The jiu jitsu training Journal will give you a set of tools that allow you to easily and quickly make notes about your training session. Allowing you to fine-tune, identify and reassess every aspect of your Jiu Jitsu game.

If you have ever wondered what the secret to a great Jiu jitsu game was, you have found it. In every other complicated specialism or process that we learn, we take notes, organise our thoughts and take time to process them. This training aid will help you do that and in the process skyrocket your BJJ game.

The diary has one page per session.

Each page can be used in multiple ways with our simple system.

✔ FOCUS on your PROGRESS & THE GOOD THINGS in your Jiu Jitsu game – If you want to be good at jiu jitsu, you need to take charge of your training. This is exactly what you do with the Jiu Jitsu Training Journal Diary Log Notebook – on a daily & sustainable basis!

✔ DO MORE WITH LESS – The simple act of structured journaling will light a fire under your Jiu jitsu Knowledge, learning and proactively!

✔ THIS is MUCH MORE THAN JUST A jiu Jitsu Journal !

✔ TRACK success and monitor your improvements.

In short, being consistent with your journaling practice, with daily entries about your training days, including training notes on all aspects of your sessions will over time create a detailed training log that you can if you wish to analyse to create a  comprehensive training methodology, specific to your style. It is often said that one must “Know thy self” in order to grow. The same can be said about our jiu-jitsu game, including our strengths, weaknesses, mental space, fears, motivations, and more. Journal entries are your route to knowing yourself, knowing your jiu-jitsu games true strengths and weaknesses and allowing you a resource that not many of your competitors will have. Keep a regular training journal for intelligent training, data collection and faster jiu jitsu progress! Time to be the best version of you. 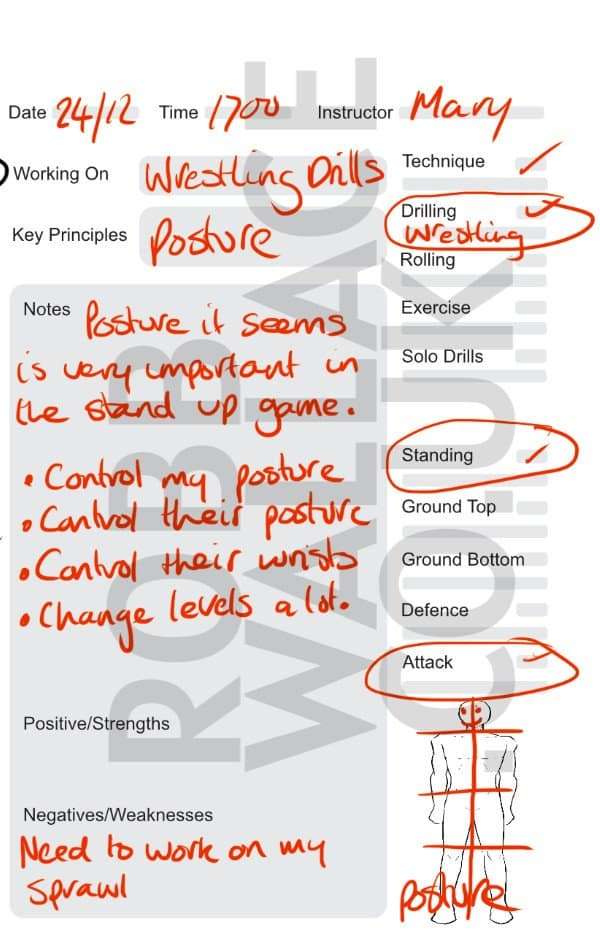 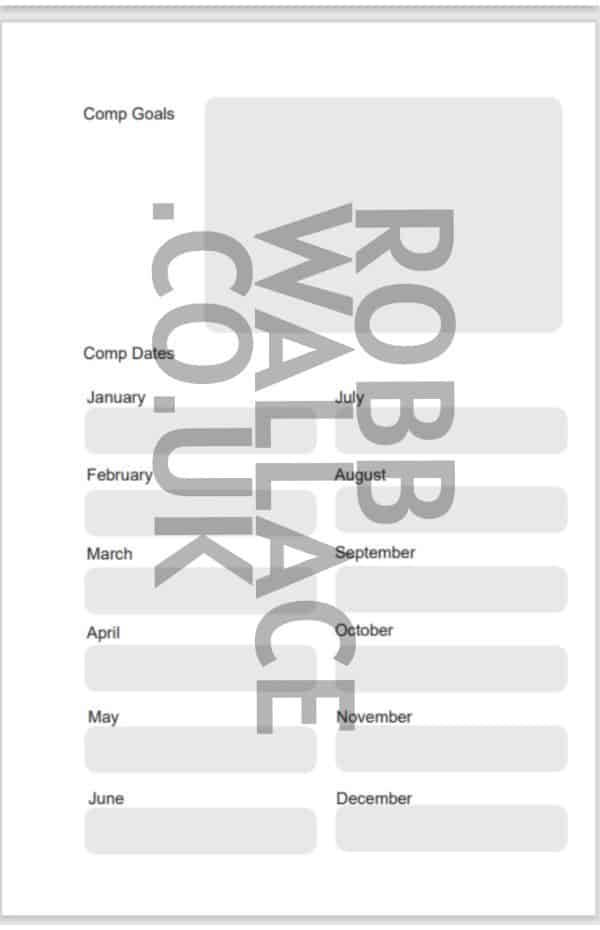 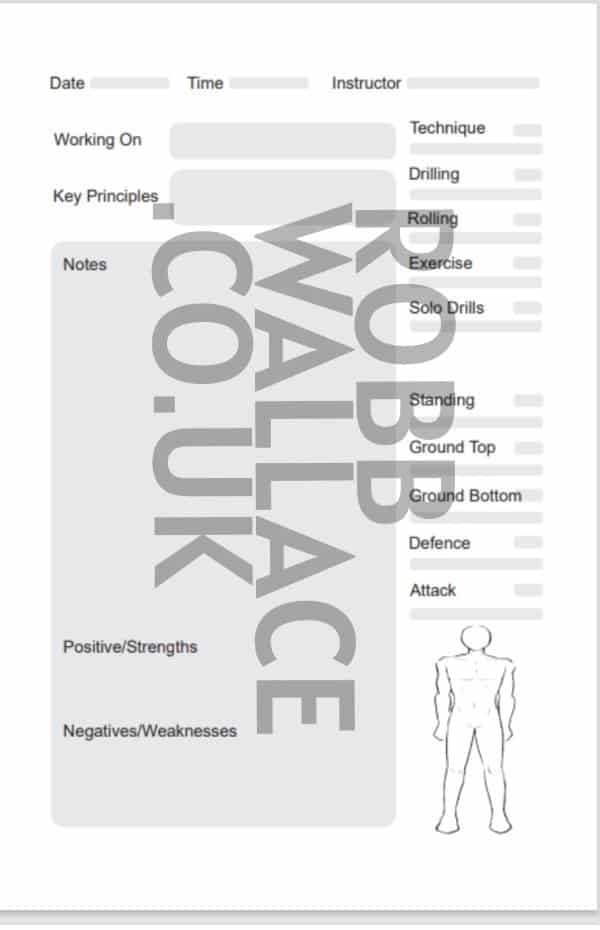 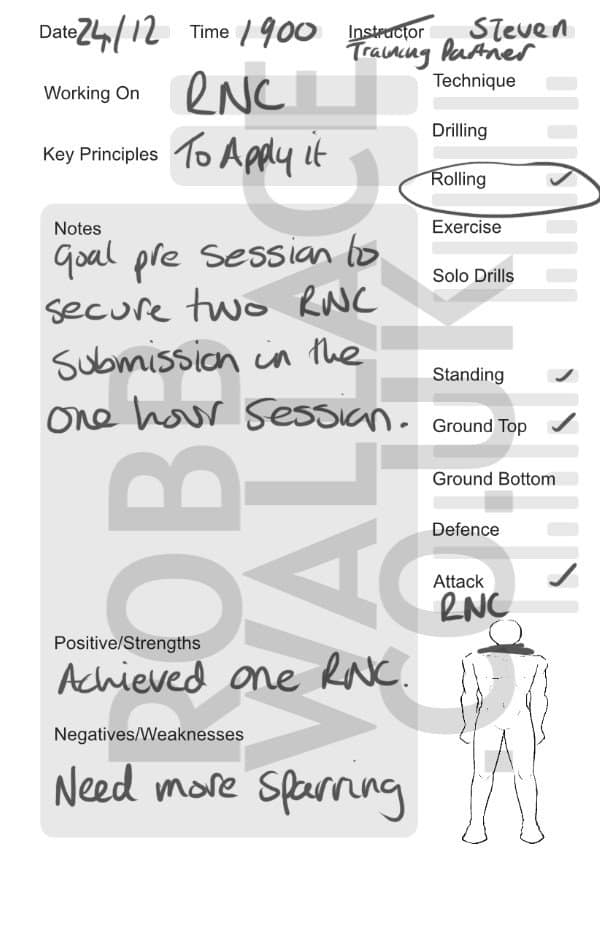 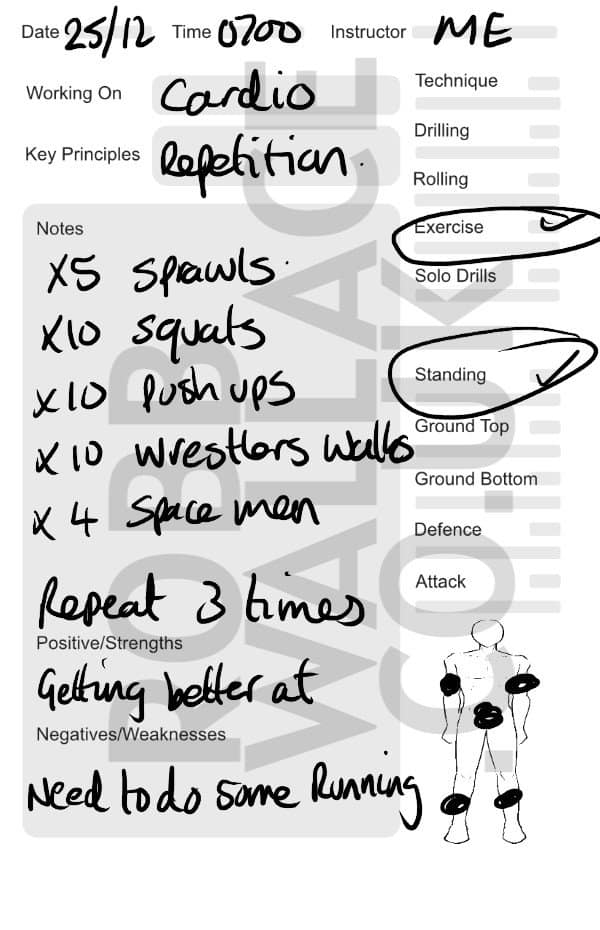 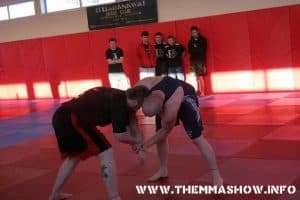 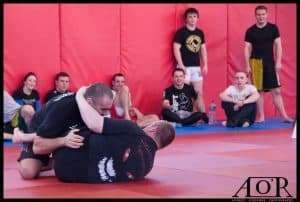 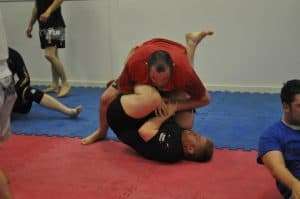 Brazilian jiu Jitsu is a complex beast. You will probably agree. I started my jiu jitsu journey through MMA. Grappling and ground fighting being a major component of today’s MMA game. As I got older and fell less in love with being punched in the face, I moved more towards jiu jitsu.

Over the years I have kept many training journals. Check out the images below. I have also written a few non-fiction books and thought why not design a BJJ specific note system that will allow me to quickly and accurately summarise my training sessions.

And this is how the Jiu-Jitsu Training Journal Diary Log Notebook was born. It was born by me for me. It has been road-tested and refined and I believe it does a far better job than anything else on the market. Take it for a spin and let me know.

A journal for every jiu jitsu belt.

Do you remember when you became a blue belt, purple belt, brown belt? Or that time you were at Mias seminar or took gold at the regional comp? One of the best things about keeping a jiu jitsu journal is logging key dates, events and techniques. Not just a journal but a time machine to your jiu jitsu journey.

There are so many techniques in Jiu Jitsu that it is literally impossible to remember them all. Keeping a journal will give your memory a helping hand as you go through key techniques from earlier in your jiu jitsu journey. 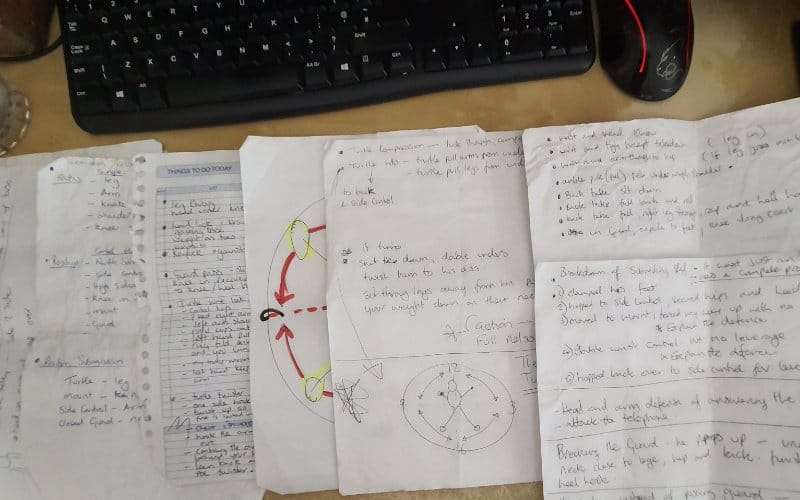 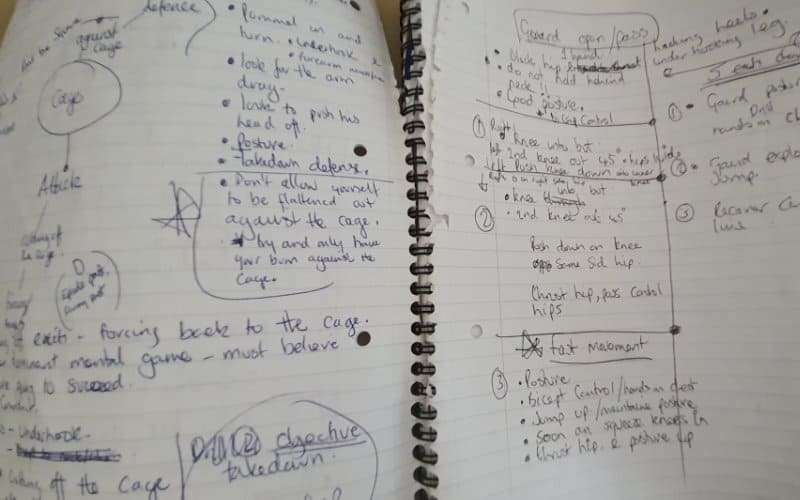 What is Brazilian jiu-jitsu?

Brazilian Jiu-Jitsu is a martial art based on self defence and is often considered the most effective fighting style for a smaller person fighting a bigger opponent. The name “Brazillian Jiu-jitsu” was given by the Gracie family, who were world renown fighters. Brazilian jiu-jitsu consists of using joint locks to attack an opponent’s limbs, chokeholds to cut off circulation in the head, and throws to knock an opponent off balance and take them to the ground.

The Brazilian Jiu-Jitsu is a martial art that specialises in grappling. This includes take downs, throws and ground fighting. The techniques are based off of leverage and the result is often a technique that cannot be blocked or defended against. There are many different styles of jiu-jitsu, but all have the same basic principles.

BJJ was developed in Brazil, and is not only practised as a self-defence system but also as a sport. Brazilian jiu-jitsu practitioners compete against each other in a tournament, without using punches or kicks to harm their opponents only control and submissions.

What is the difference between Brazilian jiu jitsu and other martial arts?

Brazilian Jiu Jitsu is a martial art that emphasises joint locks, chokes, ground fighting and submissions. This martial art is often mistakenly thought to be the same as judo or wrestling, which has led many to use this misconception as a reason why people avoid taking it up. Unlike judo or wrestling, Brazilian Jiu-Jitsu aims to take an opponent down to the ground where the main action begins. Here they can apply joint locks as well as a variety of submissions including blood chokes in order to subdue their opponent.

It emphasises ground fighting techniques. This martial art can be more powerful than some other martial arts on the ground because of the flexibility and manoeuvrability you gain when on the ground.

Brazilian jiu-jitsu is a martial art and combat sport that relies on grappling techniques such as throws, holds, joint locks, and chokes to overcome opponents. BJJ can be trained for self-defence, sport grappling tournaments (gi and no-gi), mixed martial arts (MMA) competition or other grappling sports. Unlike other martial arts like taekwondo and karate, Brazilian jiu-jitsu focuses heavily on ground fighting with opponents. However, there is a strong insistent on takedowns and throws.

What is the history of Brazilian jiu-jitsu?

Brazilian jiu-jitsu is a martial art, combat sport, and self-defense system that focuses on grappling techniques. It was developed from an older martial art known as Japanese jiu-jitsu. The name Brazilian Jiu Jitsu was first registered in 1925 by Carlos Gracie. He was taught by Japanese immigrant  Esai Maeda Koma (also known as Count Koma). Maeda taught the art to Carlos Gracie, who then passed his knowledge on to his brothers Osvaldo, Gastão, and Jorge.

BJJ was founded in 1915 by the Japanese martial artist Esai Maeda Koma when he arrived on the shores of Brazil. The son of a samurai warrior, Maeda grew up learning and practising various martial arts and combative styles. Along with his occupation as a travelling circus performer, he became an assistant to Carlos Gracie Sr., who was one of the first practitioners of the BJJ art. Gracies then went on to refine the techniques.

What are the benefits of Brazilian jiu jitsu?

Brazilian jiu-jitsu can be utilised in self-defence situations, but it’s also a great workout that can help build muscle and increase flexibility.

Brazilian jiu-jitsu can also have benefits for children with ADHD.

Brazilian Jiu Jitsu is a ground-fighting, self-defense martial art with the goal of incapacitating an attacker. It teaches students to use their body as a weapon and focuses on grappling techniques that one can use even without weapons, such as chokes or joint locks that will make it impossible for an opponent to move. It has been proven effective in military and law enforcement applications. Jiu-Jitsu techniques can be used for sport fighting or self-defence.

How long does it take to learn Brazilian jiu-jitsu?

Brazilian jiu-jitsu is a martial art that was created in Brazil and has been popularized in recent years by the Ultimate Fighting Championship (UFC). The sport consists of grappling and ground fighting, and many people take up the practice to improve their self-confidence, learn about Brazilian culture, or for fitness purposes. Learning how to practice Brazilian jiu jitsu can be overwhelming at first because it requires a significant amount of time invested in training, but luckily there are plenty of seminars available that teach

Brazilian jiu-jitsu, also known as BJJ, is an incredibly difficult martial art to master. It’s been estimated that it can take up to 10 years to reach a black belt level of expertise. This arduous path is what makes the sport so attractive—not only does it involve physically demanding training, but it also demands persistence and dedication. BJJ has become increasingly popular in the United States, United Kingdom and Europe over the past few decades. 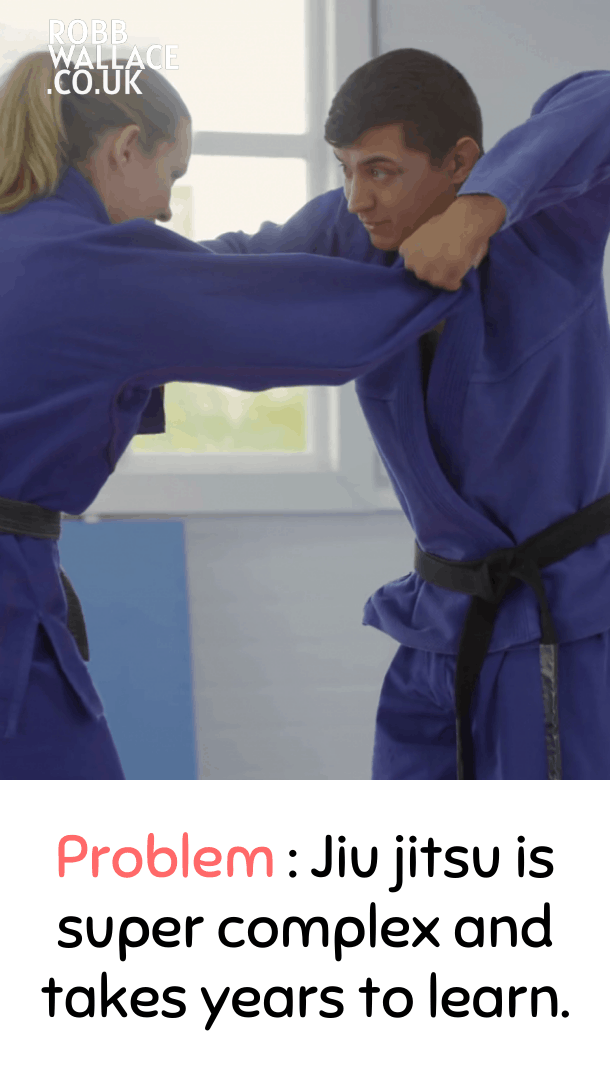 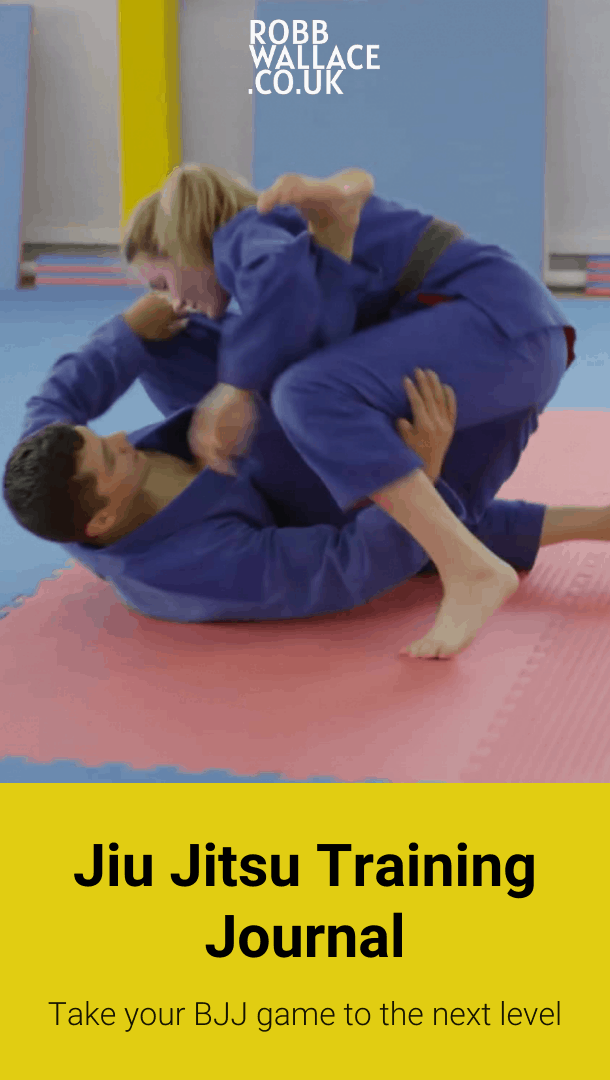