Why I wrote a smartphone book?

Why write a book that gives away lots of your hard earned knowledge for a fraction of your hourly freelance rate? This is a question that I am often asked. There were many reasons for me to write a book like “Smartphone Media Production–a media revolution for everyone”, in this article I will elaborate on just a few.

The initial drive for me to write the book was fourfold 1) to share my knowledge. 2) to force myself to stay ahead of the curve in the fast changing areas of media technology, smartphone media, social media and marketing. 3) to increase the general standards of smartphone media (videos, photography, live streaming) being produced. 4) to drill down my knowledge and distil it into its core principles and ideas.

I have a passion for creating media and for consuming it. I am a multi-award-winning filmmaker that started his media producing journey back in 2006 with a second-hand camcorder from eBay, no knowledge of anything, just passion and a thirst for learning. Over the next decade, I would make almost every kind of media project and every kind of mistake.

Initially, I started with adventure documentary films (I work in the adventure industry) and then moved to short films, then to a long-running sports web series via Youtube. As the films I was making got bigger and better I had to develop photographic, graphical, web and social media skills to promote my films. I set out and learnt everything I needed from building powerful computers for video editing and graphics work, production planning and management to writing scripts, web design, web hosting, SEO,  poster design and branding, social media, content distribution and tracking. I started a media business, and I did everything above on a micro-budget, opting to learn the skills myself rather than pay someone else for the shortcut. In the ten plus years since 2006 I have won Scotland’s most prestigious mountain film festival -The Edinburgh Mountain Film Festival, I have shown films around the world from Scotland to New Zealand; I have produced hundreds of media projects, including over 30 short films, 50 episodes of a Youtube web series, interviewed some of the biggest stars in MMA (mixed martial arts), secured sponsorship for some of my projects, built over 30 websites, produced over 50 hours of podcasts, took tens of thousands of photos. I also went back to university where I graduated top of my class and won an academic medal in Broadcast Production, the behind-the-scenes aspects of TV and Radio. I am trying to demonstrate that I have earned my stripes and gathered knowledge worthy of sharing, the knowledge that I believe is worthy of your attention.

I have a passion for new and emerging technology and a passion for empowering people (I worked in a school for children with special needs for two years, a very hard job but very rewarding). The thing about technology is it is usually underutilised and the best technology always needs a manual and an operator. The Smartphone is our generation’s miracle machine. It is a fully blown BBC broadcast studio in your pocket; it has all the technology that I once owned separately and it squashes all of it into a slim chassis that fits in the pocket. Cameras, camera stabilisation, microphones, fast processor, ram, touch screen, software that can run powerful photography, video and audio capture and editing programs/apps. The smartphone also has multiple radios to allow us to transmit and distribute the content we create and consume. The only thing it doesn’t come with is knowledge and skill. This is where my passion and experience comes in. I condensed my ten plus years of knowledge into a simple, powerful manual that will give you the confidence and understanding to start using your smartphone / iPhone in a far more productive manner.

Earlier I had many motivations for writing the Smartphone Media Production book, one major motivation that I never mentioned above was enabling content consumers into content creators. I have been a freelance media producer for many years and my clients know their product and their business better than I could ever, empowering them with the skills and confidence to begin the first steps in producing their own content empowers them and makes their brand and business stronger. Working in collaboration with a skilled media producer when you have a basic understanding of media creation and theory (the book offers this) allows for clearer communication between the clients and the media person. You now have the language and they know how to speak their language, the ability to quickly demonstrate concepts and ideas with your phone, saving you valuable communications, time and money which can be better spent developing your business in the first place.

Small business was at the core of why I wrote the book, the very driver that made me commit to the writing process. As a small business myself I understand the pressures faced by super small businesses, the self-employed and startups. It is here and with these folk in mind Smartphone Media Production the book was born, to give a step up to those just starting out, to deliver quality content regarding media creation and social media and by the feedback, I think it has been achieved.

Thanks for reading, SMP has now been updated for 2021 and beyond 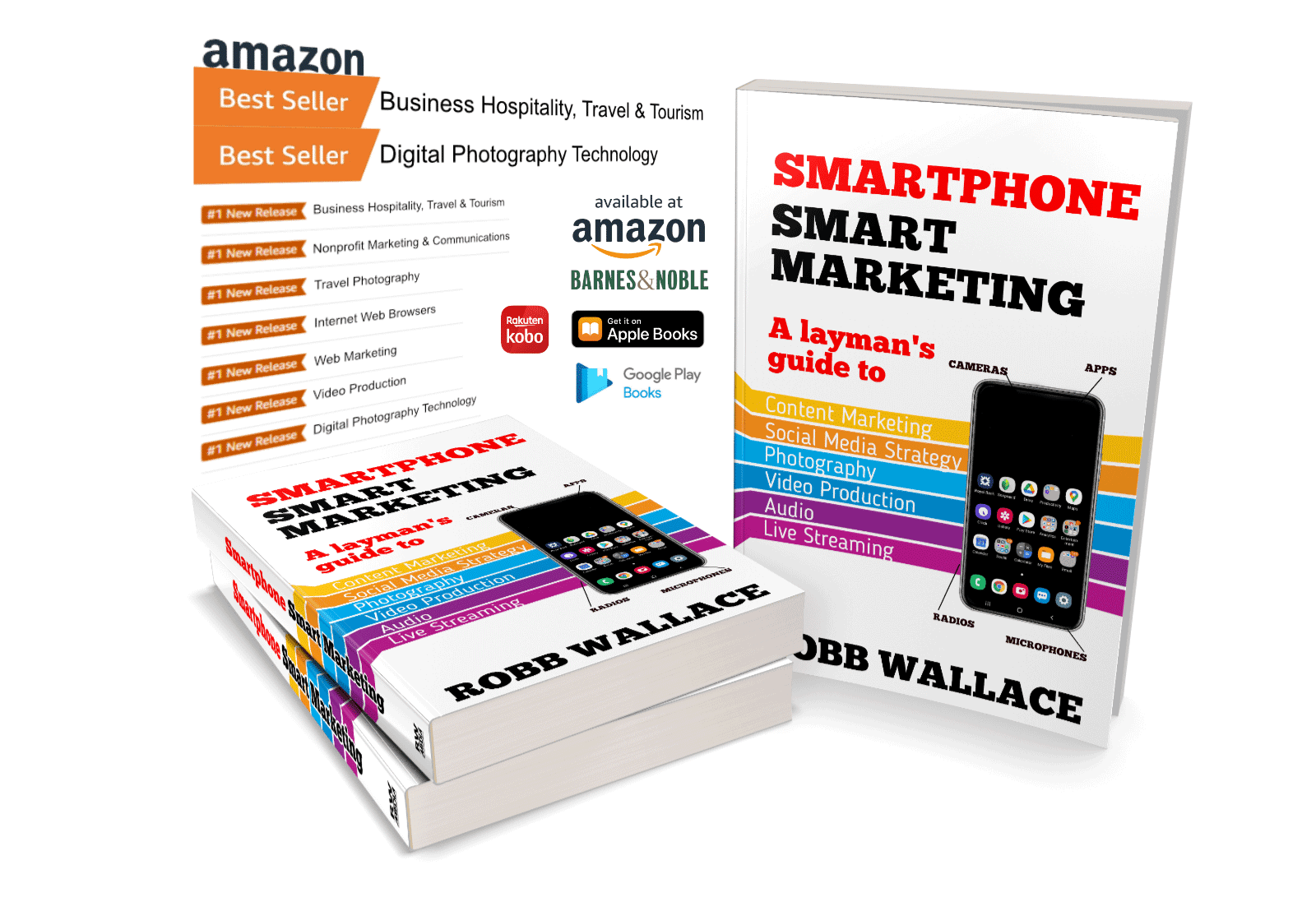